Driven by gravity, galaxies are expected to continuously grow through the merging of smaller systems. To derive their past merger history is challenging, as the accreted stars disperse quickly. The details of the merger history of galaxies beyond the local group have so far remained hidden. We report the discovery of ancient massive merger events in the early-type galaxies NGC 1380 and NGC 1427, members of the Fornax galaxy cluster. By fitting recently-developed population-orbital superposition models to the observed data from the IFU instrument MUSE/VLT, we obtain the stellar orbits, age and metallicity distributions of each galaxy. Based on the model, we then decompose a dynamically hot inner stellar halo component which is the relic of past massive mergers. By comparing to analogues from cosmological galaxy simulations, chiefly TNG50, we find that the formation of such a hot inner stellar halo requires the merger with a now-destroyed massive satellite galaxy of ~4 e10 M⊙(about 1/5 of its current stellar mass) in the case of NGC 1380 and of ~1.5e10 M⊙(about 1/4 of its current stellar mass) in the case of NGC 1427. Moreover, we infer that the massive merger in NGC 1380 happened～10 Gyr ago from the stellar age distribution of a re-grown disk.
The major merger event in NGC 1380 is the first one with both merger mass and merger time quantitatively inferred in a galaxy beyond the Local Volume. Moreover, it is the oldest and most massive merger uncovered in nearby galaxies so far. Similar IFU data could be obtained for hundreds of nearby galaxies through observations with instruments like MUSE. Our discovery thus opens a new way to quantify the merger history of nearby galaxies and so place important constraints on the assembly of galaxies in a cosmological context.
About the Speaker

I am Ling Zhu,I have led the research group‘Galaxy structure and dynamics'in Shanghai Astronomical Observatory since 2018. Before joining SHAO,I was a postdoc researcher at the Max Planck Institute for Astronomy,Heidelberg, Germany from 2013-2018.I got my Ph.D. degree at the Center for Astrophysics, Tsinghua University in 2013.I obtained my Bachelor's degree from Department of Physics,Tsinghua University,Beijing in 2008.
My main research interests are galaxy structures and dynamics.Combing the information of stellar motions and stellar age,metallicity distributions in a galaxy,we disentangle the formation of different galaxy structures,probe their dark matter distributions, and find mass of the central supermassive black holes.
---
Sign up to the ISSI-BJ Newsletter or follow us on WeChat (ISSIBJ)
to be always up-to-date and to not miss our seminars! 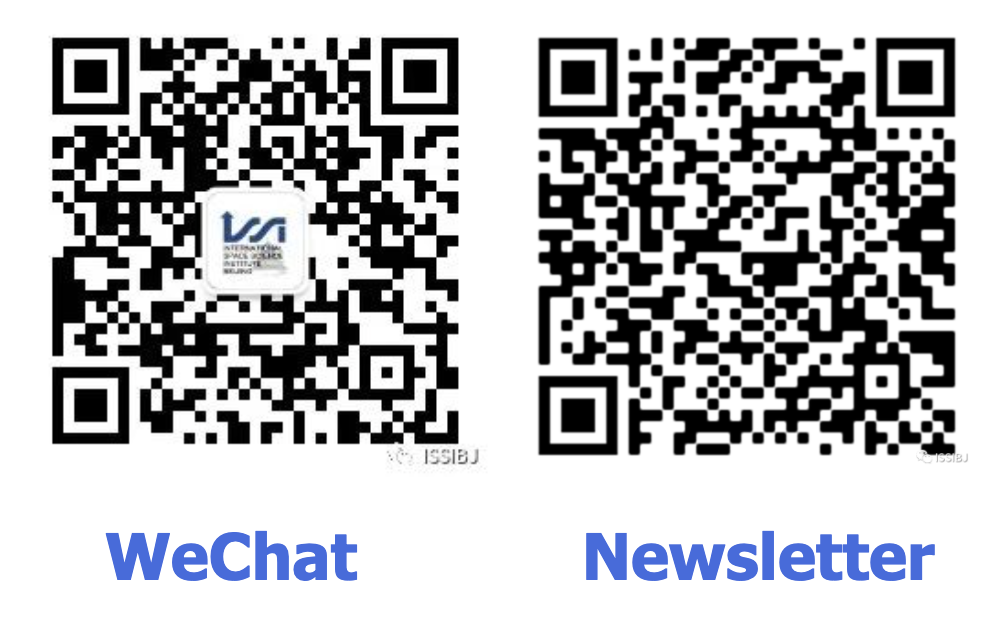